What is the Goal?

Given a set of nodes that are connected together, we want to know how they should move when the end node is moved.

This is our end goal configuration which we want to calculate: 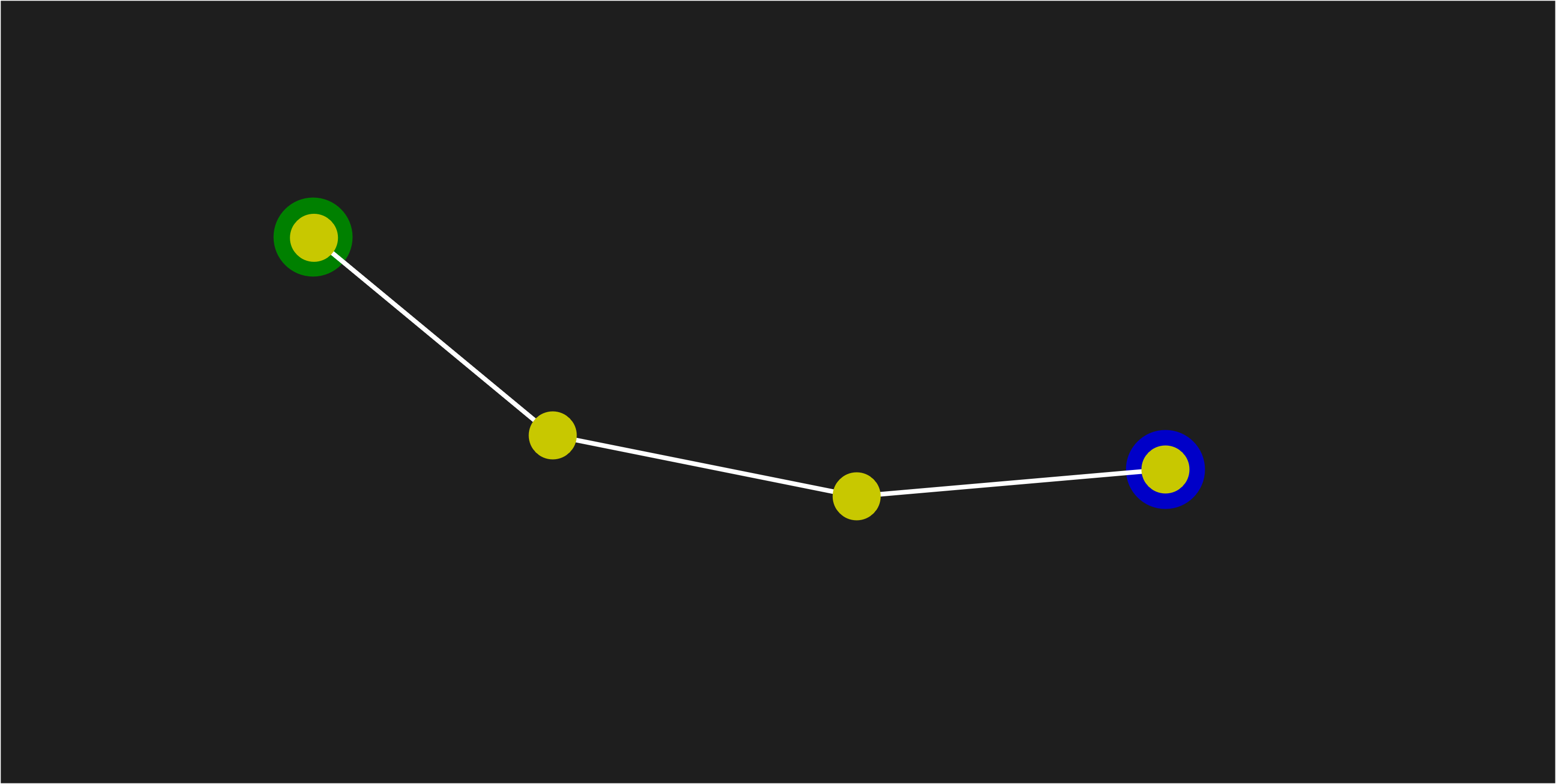 The algorithm is iterative, so we will repeatable be doing the same steps until we reach our desired result. The steps of the algorithm are as follows:

Move the first point to the desired location (the Green Node): 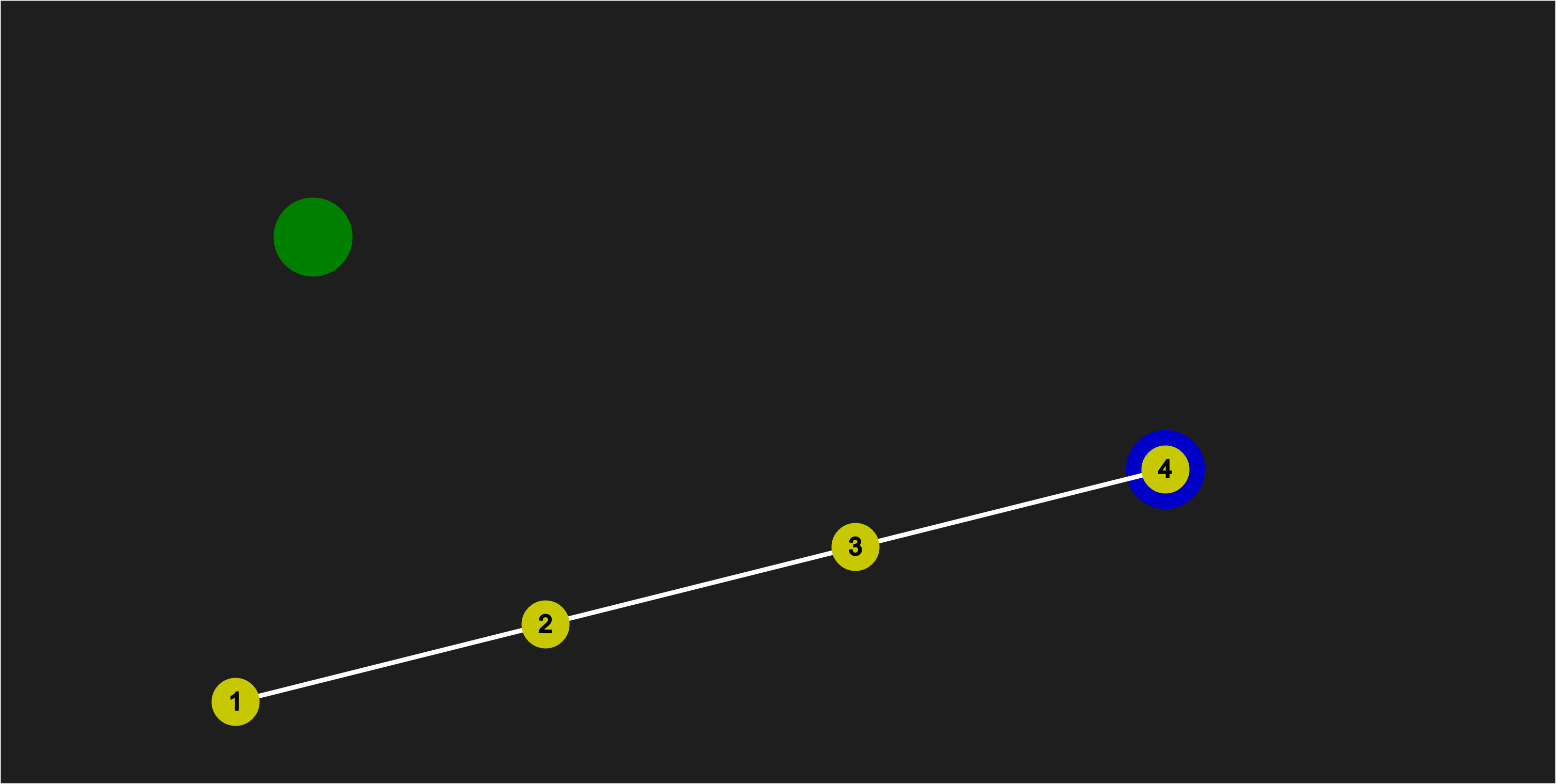 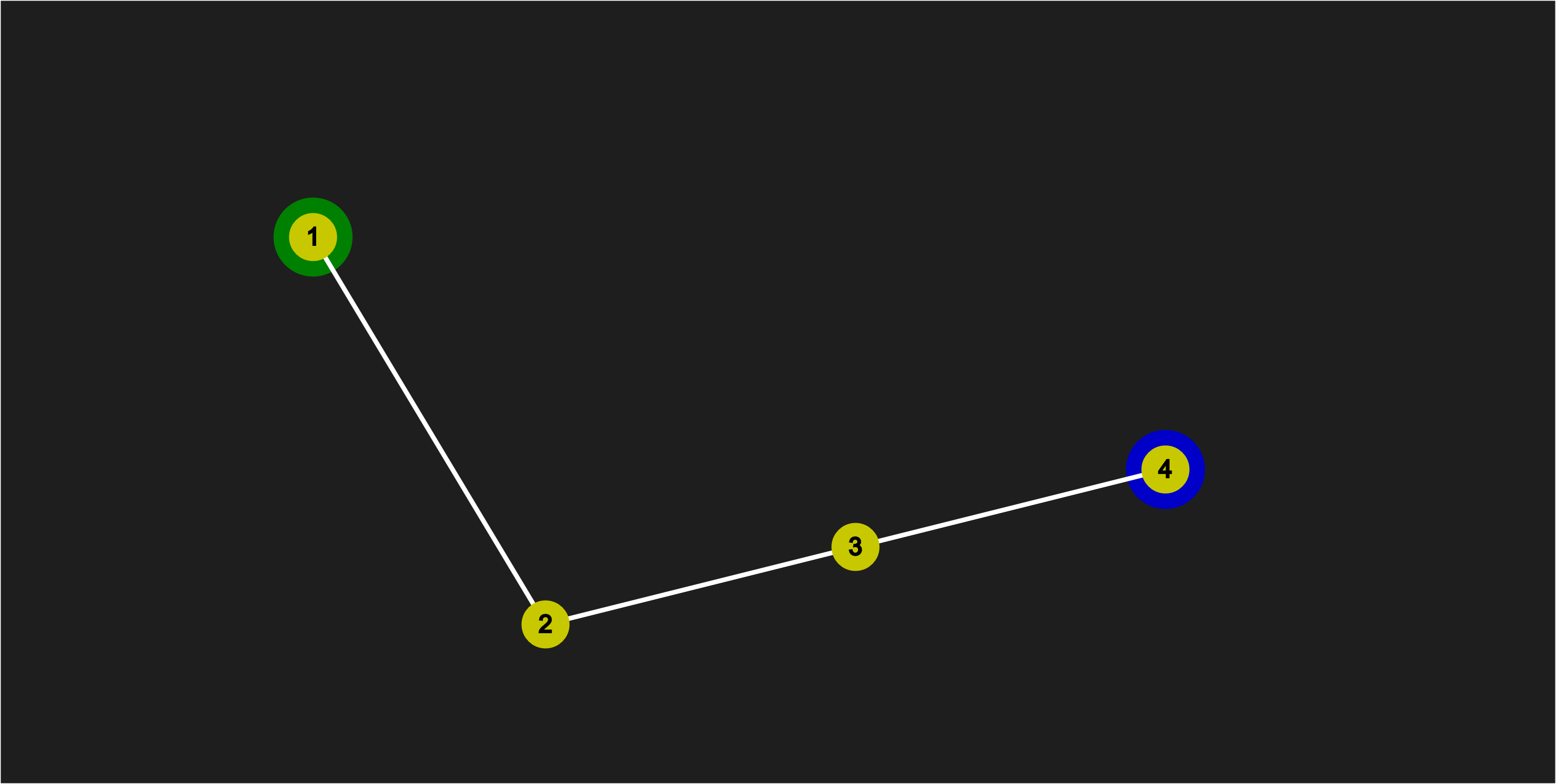 Move the next point towards the previous (in this case the first node) so it’s the correct distance away: 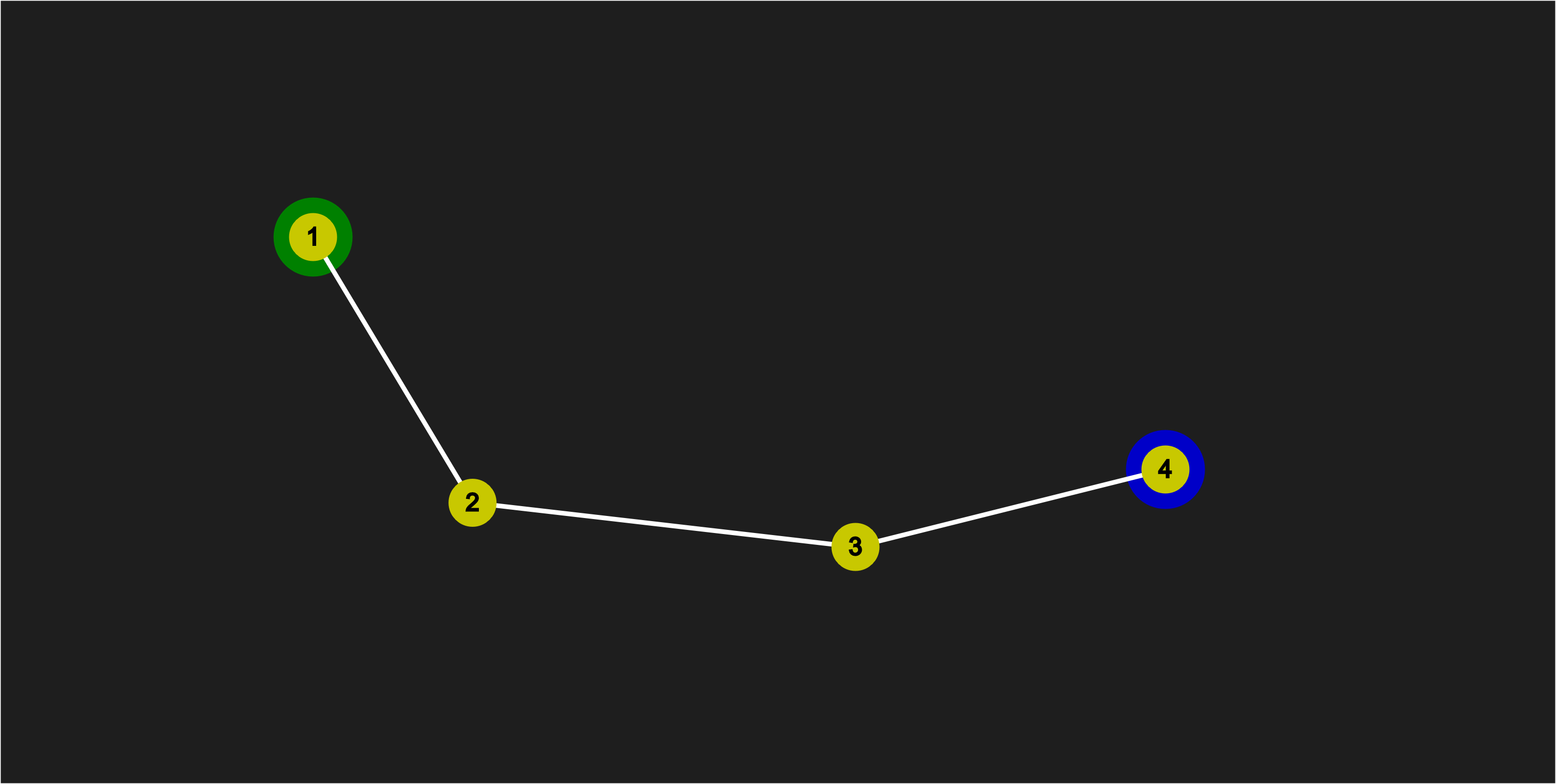 Repeat Step 2 until all points are processed: 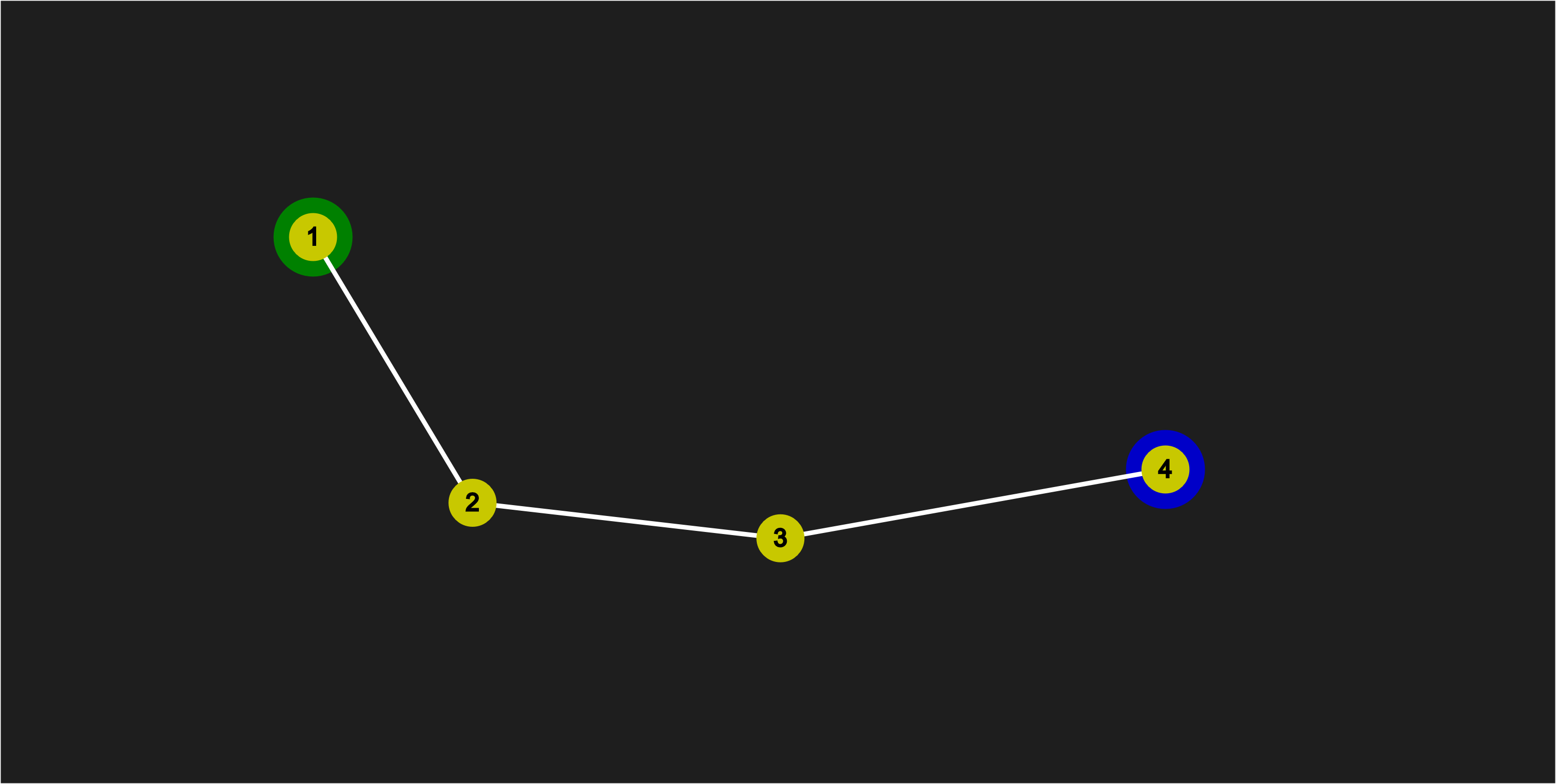 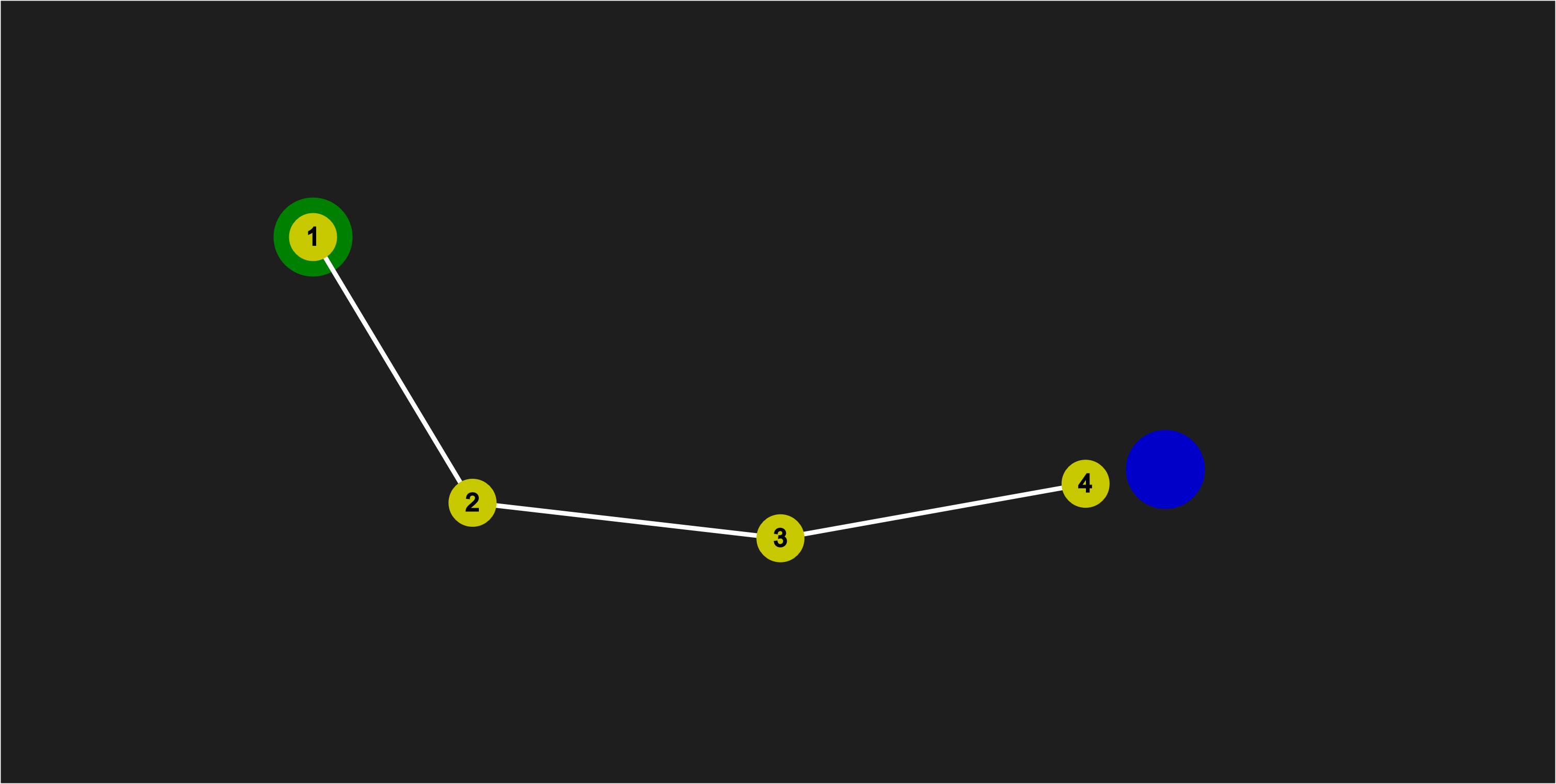 Notice that the order of the points has been reversed 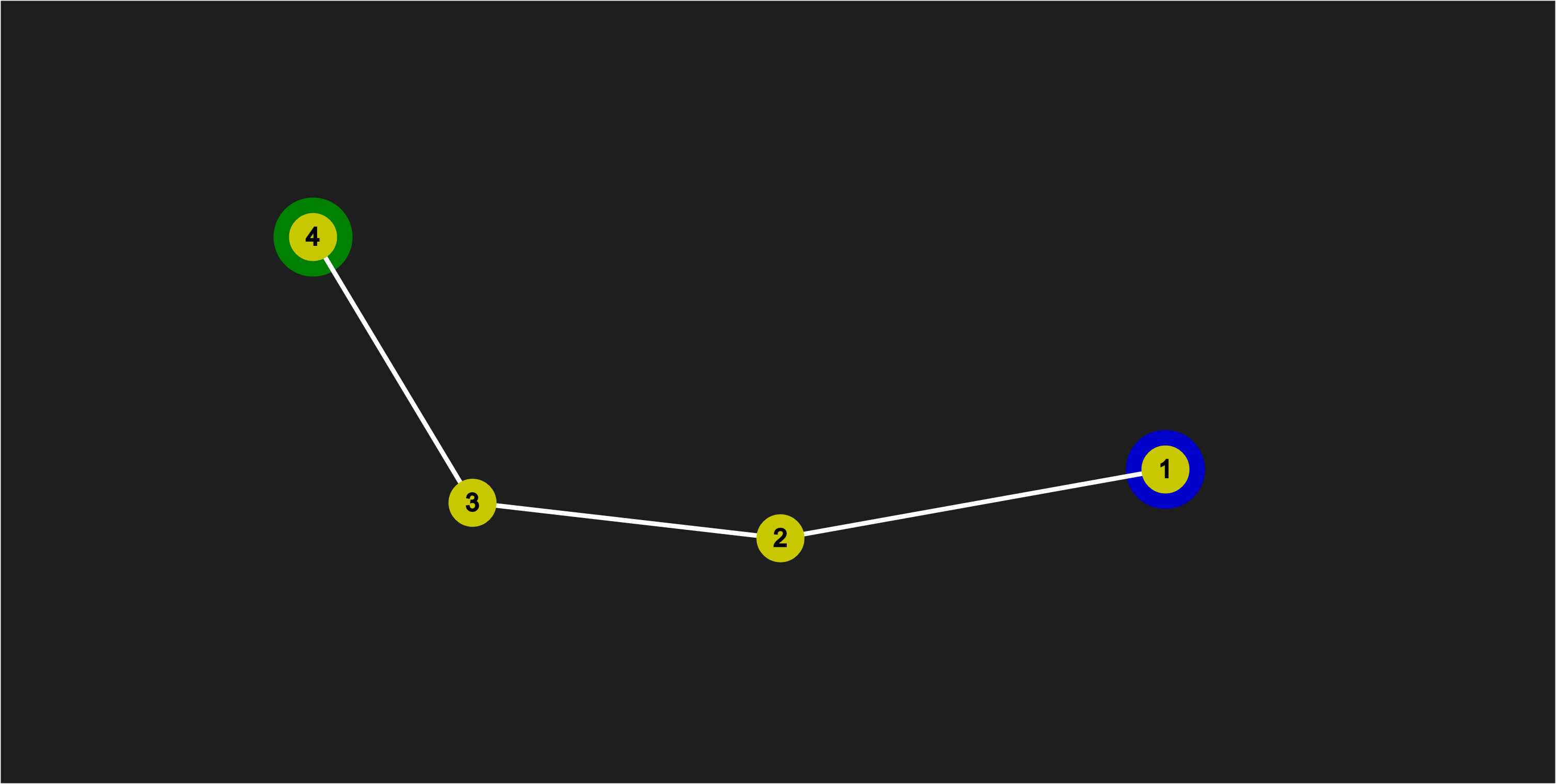 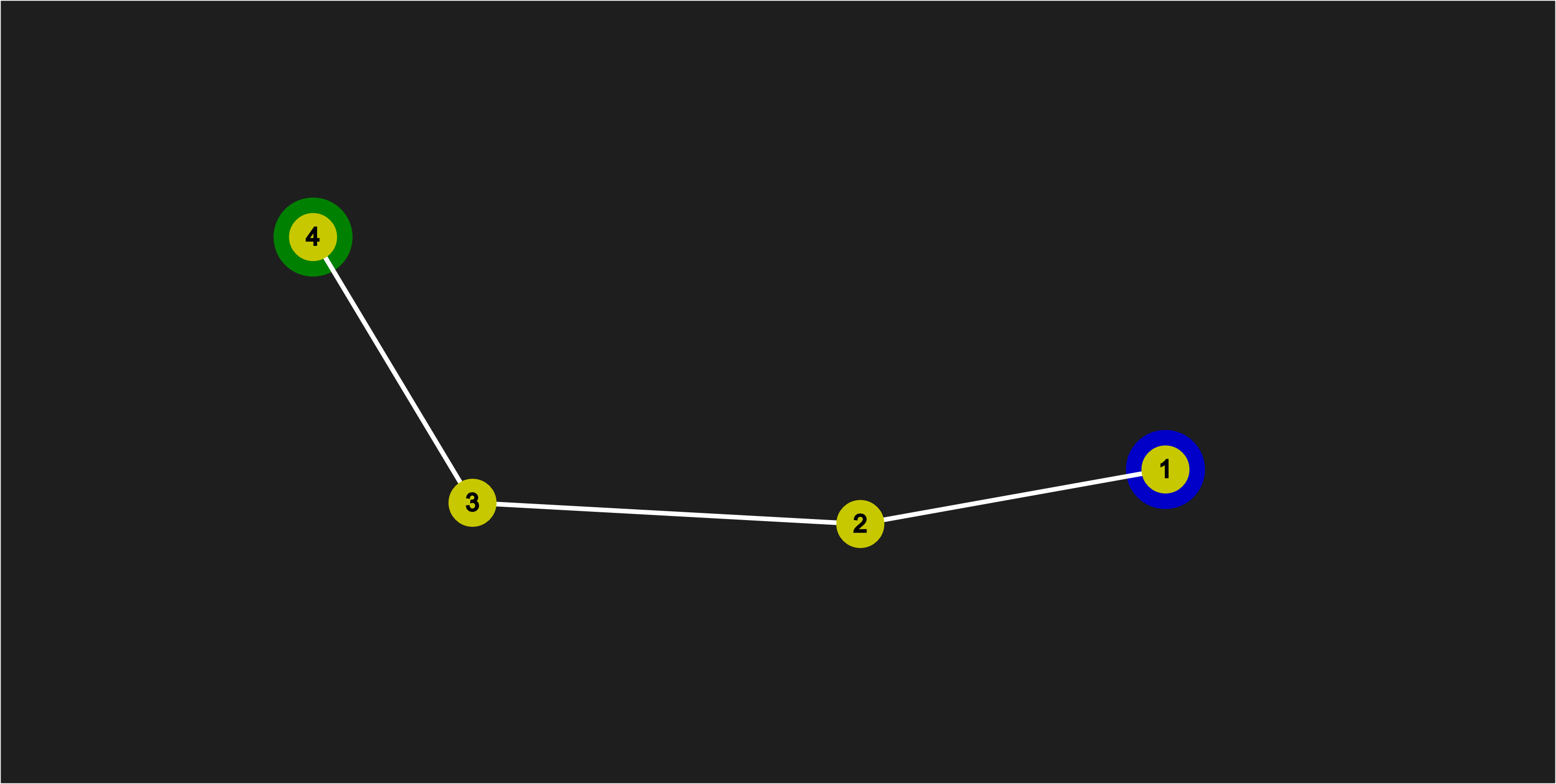 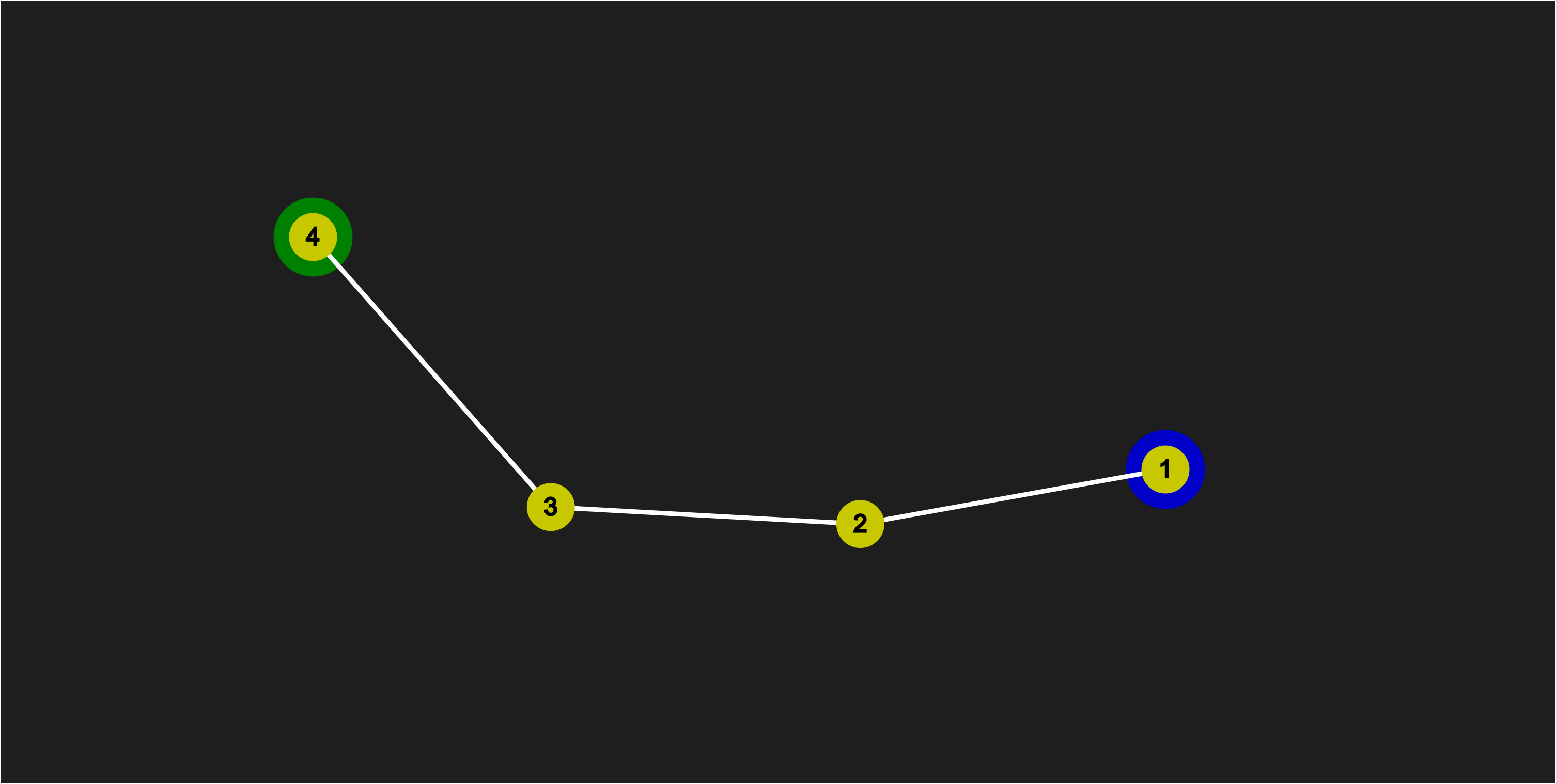 After performing 20 iterations (10 each way) we have the following result:

In this post we’ll look at how to build a Plexus in JavaScript using the p5.js library. What we are Making How we will make it Setup p5.js Points Generating Po...

Maze Colouring with DFS and BFS

This page will demonstrate how to setup Web Workers, dispatch tasks to workers, and send messages/results from workers to the main thread. HTML Page Worker Code Example Output HTML Page ...

Maze Colouring with DFS and BFS